In conversation with Lucie Couling – Restaurant Manager (Fouquet’s Abu Dhabi & Marta Bar), who discusses the launch of Fouquet’s in Abu Dhabi, why celebrities have fallen for Fouquet’s French cuisine, the restaurant presents an element of discovery both at through the interior of the restaurant and its carefully curated menu, and much more. It currently has 10 Fouquet’s Brasseries establishments around the world, including six in total in France, 1 in Switzerland, Marrakech, St Barth and more recently Abu Dhabi.

● Tell us about Fouquet’s background or origins?
Fouquet’s has been operating since 1899 on the corner of George V and the Champs Elysées and since 1998 has been acquired by Groupe Lucien Barrière. It has established itself as a Mecca for French Gastronomy and a place where the economic and political worlds intersect. In 2014, Groupe Barrière and 3-Michelin-starred Chef Pierre Gagnaire joined forces to create a partnership within Brasseries Fouquet’s to merge both respect for tradition and creative culinary inspiration.

● Why was Abu Dhabi the ideal place to launch Fouquet’s?
The UAE has grown significantly on the food scene over the past few decades. It has quickly become a destination of choice for world-renowned chefs, distinguished brands and aspiring restaurateurs to develop and exhibit their culinary expertise. Abu Dhabi is a place of cultural excellence and for a Brasserie Fouquet’s to be located in the prestigious Louvre, it presents an iconic fusion.

● Are there plans to expand to Dubai and other GCC countries?
The next confirmed global destination is New York, where Groupe Barrière will launch a hotel in which a Fouquet’s will be located. As for the GCC countries, stay tuned for upcoming announcements! 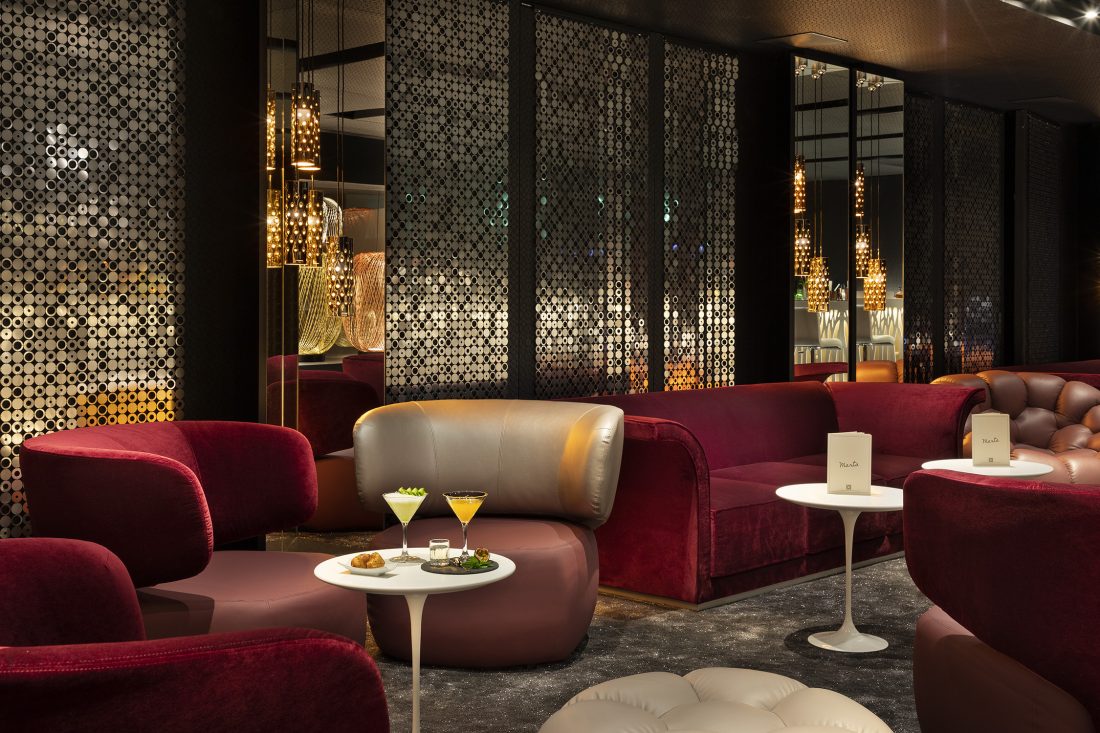 ● The biggest celebrities around the world have dined at Fouquet’s, how did you manage to attract them to this brand both in terms of food and atmosphere?
Since the 19th century, Fouquet’s has been the Parisian melting pot and the privileged meeting place for actors from the world of cinema, art and culture. Le Fouquet’s Paris was the film hotspot and host of the César ceremony; the French equivalent of the Oscars, every year since 1988. Some of the most famous names in cinema have walked the ‘Tapis Rouge Fouquet’s’ and gathered for the famous awards dinner. Each Brasserie Fouquet’s offers a prestigious and inviting atmosphere that is expressed everywhere with its refined interior decoration details. The platform developed in collaboration with chef Pierre Gagnaire showcases culinary brilliance through the revisitation of French classics and the creation of “avant-garde” dishes in seasonal menus offering customers an experience that is both innovative and delicious.

● Tell us a bit about the menu and what sets the dishes apart? Please list some examples of the main menu, starters and desserts.
A key identifier of Fouquet’s is the development of “Brasseronomie”.
In turn, the vision of Chef Pierre Gagnaire to extend a culinary journey through tastes of reminiscence and discovery. The menu offers generosity while displaying delicate creations using fresh seasonal produce. Start your experience with the French classic of snails or the velouté of red kuri squash showcasing the flavors of star anise and berry fruit. passion fruit topped with grated coconut. Followed by a signature dish such as Sole Meunière or Tartare de Fouquet’s revisited and finally plunge into a sweet finish with a traditional Millefeuille.

● Tell us a bit about the layout of the restaurant? Does the space host private events?
A trip through the restaurant has something around every corner. The restaurant’s ability to privatize sections through wired walls displays a level of high-quality engineering that perfectly mirrors that of the food. At the end of the restaurant is the “Salon Diane”, a hidden private room overlooking the circumference of the dome and leading seamlessly to the wraparound terrace offering a vast expanse of outdoor seating. 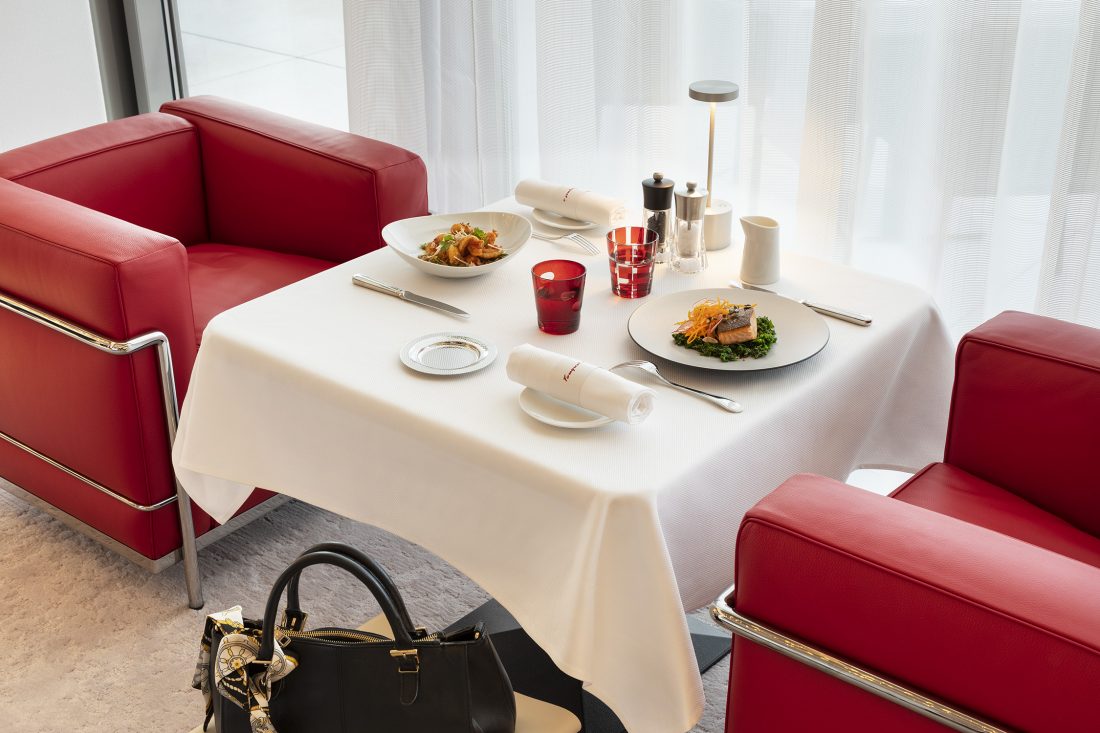 ● How does the interior design of Le Fouquet’s provide a calm and adventurous five-star dining experience?
The restaurant presents an element of discovery through both the interior of the restaurant and its carefully curated menu. Every detail from the arrival of the golf cart, the glass chandeliers, the La Corbusier leather armchairs, to the red satin hallway in which Studio Harcourt portraits of some of the headliners of the region.

Up the red-carpeted stairs, you’ll find hidden away the intimate location of Marta Bar. With glittering walls inspired by Paco Rabanne offering an element of “Haute Couture” and a cinema screen showcasing French classics from the silent era; this ‘speakeasy’ bar combines cozy and refinement offering that of a ‘Parisian Night’. 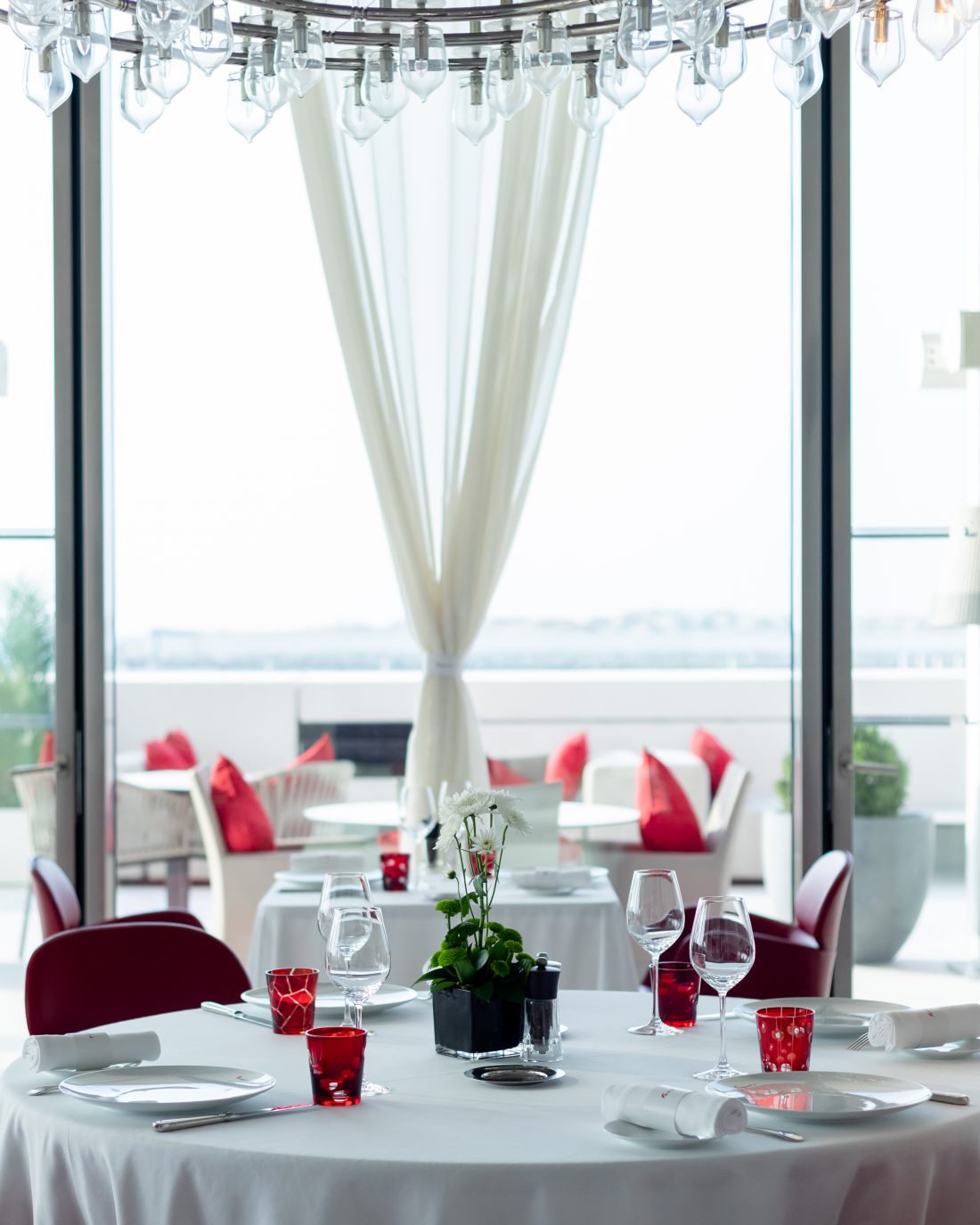 ● Does Fouquet’s vibe help being located in Louvre Abu Dhabi?
Located on the beachfront of Saadiyat Island overlooking the capital city of the United Arab Emirates, it exudes a sense of harmonious serenity. With the Louvre Abu Dhabi, brand ambassador of France in collaboration with Fouquet’s, it is a true representation of the French art of living. The intention to combine the artistic and cultural excellence showcased by the Louvre Abu Dhabi is carried by the culinary journey of Fouquet’s, each plate served must be that of a work of art.

Interior design can help improve a space by making it better suited to its purpose. Upholstery fabrics can also be added to make a home more comfortable. While interior design is a matter of personal taste, one expert has shared top tips for keeping a home “timeless.” Rob Lessmann, MD and founder of luxury interior […]

Built in the 1950s by architect and industrial designer Eero Saarinen, the General Motors Technical Center in Warren, Michigan has been the automotive company’s innovative headquarters for nearly 70 years. The role of the GM Technical Center as an integral hub of operations for nearly seven decades is testament to the thoughtfulness of the original […]

Homepage News 2021 Good Design Flooring Winners Named Chicago, Illinois, January 11, 2022-For more than seventy years, the Chicago Athenaeum has hosted the Good Design Awards, a program created to raise awareness of contemporary design and honor both products and industry leaders in design and manufacturing matters that chartered new directions for innovation and pushed […]